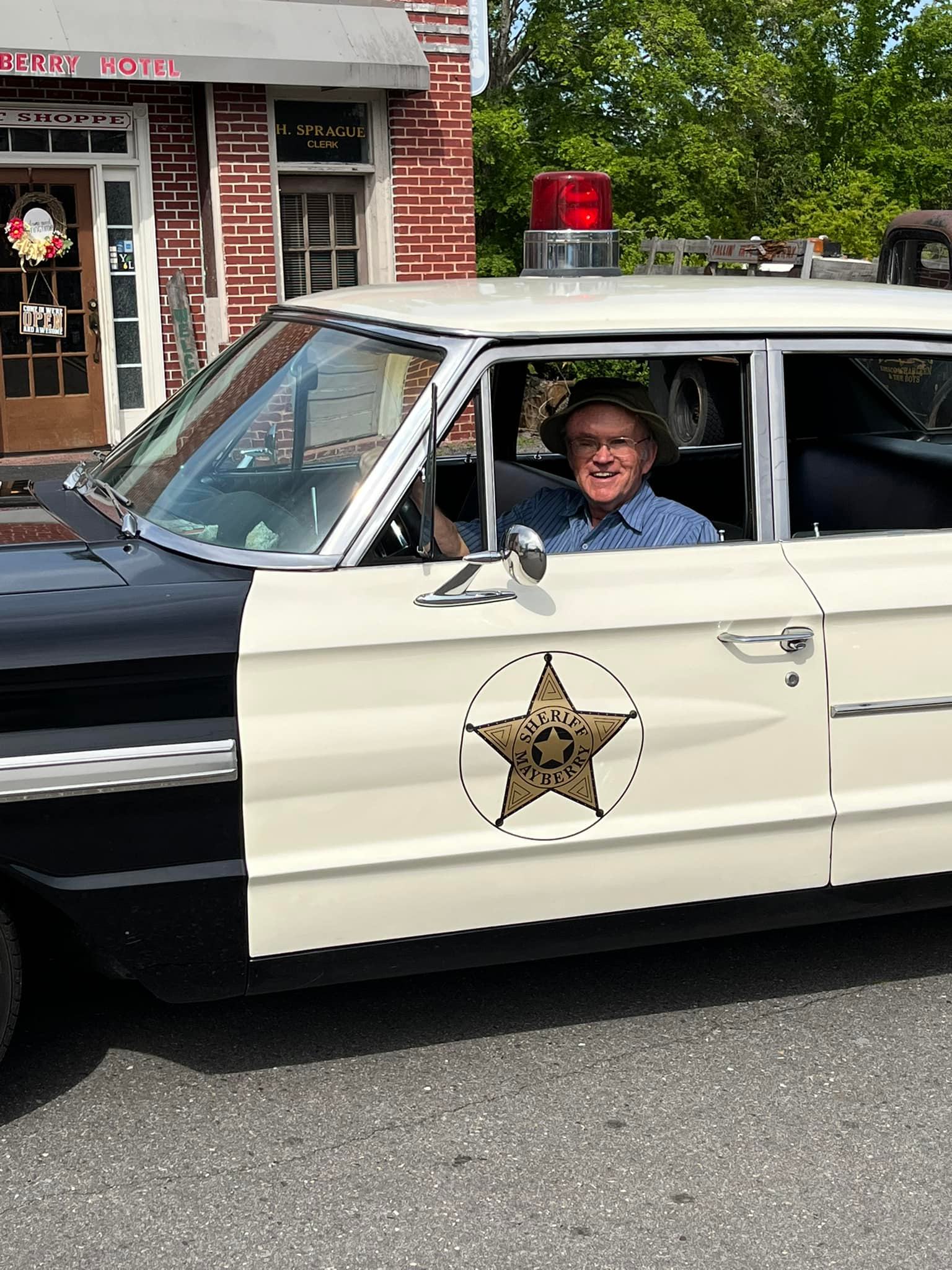 This is a now WORD! TIME is of the Essence!

' Thou shalt also decree a thing, and it shall be established unto thee; and light shall shine upon thy ways'

The last couple of weeks the Lord has been impressing on me, the importance of utilizing, and embracing my role as a Prophet. Mind you I have struggled with embracing the ‘handle’, ‘and the ‘mantle’. I just feel like, just a ‘Jo’. No better than anyone else, called to Prophecy. Just as I have described it to others, as, ‘the donkey God is using, at this time’.

I have had a strong heart for quite a few years to teach, and share this precious, treasured gifting to the ‘many’. In these times we all need to hear GOD on a ‘dime’, it may save our life, or someone else’s.  I have real stories!  I have also watched as God has revealed this ‘mantle’ to me, over many years. Why for years, as a ‘nubie’ I would just pray for people, and when I opened my mouth, ‘God Words, would fall out’.  I would watch the expression and emotions on people’s faces, as God would have me, ‘read their mail’. Then He progressed me to corporate words, that were actually being published. Then the Lord cornered me into ministering to a whole congregation, (I told the Pastor no), but he announced I would be doing this at an am service, the next Sunday night, in a church in El Cajon, California!

But God met me, because I submitted to the Pastor.

I have just completed teaching 4 Schools of the Prophets, and another is in the planning. What is going on here? Now I am being recognized by leaders, and they are calling me, ‘Prophet’. One leader said, ‘You’re the real deal’? Oh, I was so uncomfortable.

I have researched qualities of a 5-FOLD Prophet, and found that I have been operating as such, for quite a while and it has ALL happened organically.

“What’?! I also in my heart felt prayers to God I have asked for more! More of Him and have aspired to more of the Prophetic in my life.  He is answering me…

Scripture says, to ‘stir up the gift ‘in us, 2 Timothy 1:6. We are also told to ‘Earnestly Pursue, love and desire, and love eagerly, spiritual gifts especially Prophecy! 1 Cor 14:1. So I began to do this.

Now mind you I believe God Himself puts these desires/gifts in us, to pray through, recognize and utilize! But as I said I had difficulty recognizing I could be a part of the 5-Fold ministry, Prophet! Who am I? Like I am not BOUNTY, I am a generic paper towel, a no name?

I really appreciate Francesca Battestelli’s song, ‘HE KNOWS MY NAME, with the particular lyric line, ‘I don’t need my name in lights, I’m famous in my Father’s Eyes’. That is my heart. But I still feel like Mary with the Angel, ‘How can this be’? Who will listen? I am not a ‘brand name Prophet. The fruit in in your life will speak for you!! Yupper!

So, I have repented and started thanking God for this privilege, and honor, and am embracing fully, this mantle.

I sense that is a fruit of when in 1992 I offered myself to Him with RADICAL OBEDIENCE!

So, when He says ‘jump’, I say how high? Enough of that. So why I am I writing this? Because there are many ‘ME’s ‘out there! God is calling us all up, and says, “I am weaponizing my Prophets for, ‘such a time as this’.

The other thing that the LORD has shown me is that, the ‘bowl of inequity ‘has tipped ‘, and that’ this is a Kairos Moment ‘in time now, for His prophets to declare and decree what the Spirit is calling, to orchestrate changes.

Now I have history in this area, and did not understand fully what was happening when out of frustration I would declare and decree a storm to stop, and it did! Or rain to pause, and it did. Or when I was suffering with an asthma attack for an hour and a half, and with great passion sat up in bed, and said, ‘In Jesus Name lungs operate as you were created to’ and it just stopped. My thought was, ‘why didn’t I do this an hour and a half ago.

I also remember suffering with a dreaded yeast infection that did not respond to medication.  Then He told me to go up to a certain mountain in the town we were living in at the time. I was to prophecy to the leaders in the Valley, and to declare and decree, that the sin in the camp would stop. The next day the infection was gone. I was carrying the leaven of the priesthood in the ‘camp’. Or the cou de gras was when a man during worship died, I was called to administer CPR and GOD said, speak life, and he woke up! Boy did that mess with my medical head; I am an RN. But wow did this pump my faith level up, to believe for the super, in my natural, and then see it!

I have tons more stories and honestly, I get it, and am going to move forward! I did some serious business last week in this realm, and the thing I was fretting over, GOT CANCELED! Now I am really, ‘fired up’.

So, is this you? Is God telling you something? Is He trying to drag you out of your closets? If does not matter what others think, we have only to please and obey Him. Once we do what we are told the direction and do it, our part is over! We do not want to miss opportunities to change the world, prophetically, in this NOW MOMENT!

Many in the body are not operating or using their GOD given gifts, or in the Authority and Dominion, Signs and Wonders, He has called us to.   Do you know what happens when you don’t use your muscles for a prolonged period of time? They atrophy! Same with the gifts. Stirring up the gifts means, USING THEM! The more you use the gifts, like muscles, the more they grow. Many like myself have not embraced the mantle’s that God has given them. is it lack of understanding, unworthiness, fear of failure, unbelief, or whatever? Is it many are too preoccupied with survival living on the horizontal level of life to be bothered? That is the enemy wanting to cut us all off at the knees, with worldly distractions.! I believe that someday, GOD will ask us all, how come we did not do or want what He had for us.

This is not being taught in churches, sadly. Those leaders will be held accountable as well, for not teaching the FULL GOSPEL, and more.

I believe this is not a time to beg GOD in same old prayers! What HE is telling me to use the mantle and DECREE AND DECLARE via THE HOLY SPIRIT, the things HE wants to change, and they will!  As Author Emma Stone put it, ‘The Spiritual Gifts are divine empowerments to operate in the power of God to rescue people’. 'We are being weaponized by Heaven for PROPEHTIC WARFARE!'  Myself, I would add to fulfill our Divine Destiny. I also believe if we turn down the mantle and mission, HE will give it to someone else.

Rodney Howard Browne Anointing came as it was given to him, because someone else did not want it. He tells that story.

He just said, YES! Really are the things of the world so enticing and our business so rewarding that we don’t want to move forward! Not I! The Bible says, as we delight ourselves in Him, He will give us the desires of our heart’. Another words, as we do His will, He will take care of all the other stuff in our lives.  I am living example of this!

The picture below is of our dear forever and personal friend Prophet Bill Yount. I asked him if I could use this picture, in this message. He said, ‘yes’. We spoke yesterday and I explained most of what I just did, with you all. It bore witness to him. I remember when he posted this pic last week of his trip to Mayberry, and had a chance to sit in Sheriff Andy’s police car. I instantly wrote him and said, ‘there is a message in this Bill ‘. Yesterday he agreed and saw it.

God is moving him up the Prophetic Chain as, he is me. I also told him I have been heavy in the WORD to discern what I am getting in Rhema! All through Scripture Prophets have been used by GOD in breakthroughs, and signs and wonders. Haggai, Zechariah son of Iddo, in Ezra, Joshua, Elijah, Elisha, Moses, and more! Why would things change now in a time, that Jesus told us we would do those greater things than these, that He did in this day, and hour!

Remember Moses missed out because he was supposed to speak to the rock, not hit it!!! Are we missing targets because of trying to adjust God's direction to our own understanding? Just sayin.

Bill saw yesterday, him sitting in this car was confirmation to his prophetic promotion. I have gotten mine, which has been the desire of my heart.

What about you all?! Search out the word, inquire of the Lord, and if He is empowering you to change our world, nature, culture, in this manner, DO IT! Your decree and declaration may save a people, and yourself! Don’t minimize this gift! Nothing is too audacious for God! The Bible says, ‘to whom much is given, much is required’, but we don’t want to miss these opportunities, to be Thermostats, not Thermometers and Game Changers for God!

Humbly Submitted, this piece was a stretch for me.