On A Short Leash? 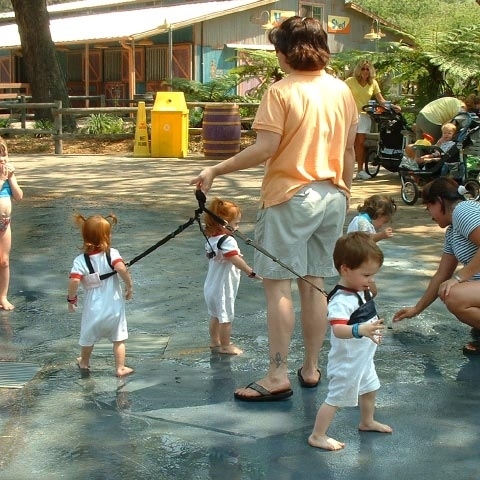 A few weeks ago, on a Saturday I was speaking to a friend on the phone.  The subject matter was some areas I felt God wanted to do in me, course corrections.  She remarked I did not have to do what I suggested to correct the issue, but I came back with, “the Lord would have me!”

Then I told her, ‘God seems to have me on a short leash lately’, and why. We hung up, off to the healing rooms to minister!

At the healing rooms, later that day, I was the last to be prayed for before commencing to minister.  The minister that day, prayed over me, and then all of a sudden she paused.  “You know” she said in a perplexed manner, “I keep hearing the word, leash.”  I had a hard time keeping a straight face.  I could not wait to tell her what I had told my friend that morning on the phone.  It was confirmation to me that the path, the fine line He has me on was the correct one.

Years ago I would start saying a prayer that went like this.  Lord, “according to Your Word that states what is bound on earth, is bound in heaven, I pray, ‘Lord please bind my heart, mind, will, spirit, soul, and health to that of Jesus Christ. “I ask that You keep me from being one of God’s elect that was foreseen in scripture, in end times, that would be deceived.

I have known for a very long while that the call that God has put on my life required preparation. I had no clue though what it would entail.  In many respects I am glad He only gave me small pieces at a time.  Knowing me I would have been overwhelmed, and maybe hid under the bed?

I would call my preparation, ‘spiritual boot camp’, for the call. It is a place of going through some tough stuff, and Him showing me how He has navigated me through it, for any future challenges.  I have a solid track record with Him, and increased faith.

I am not inferring God treats us as pets, but what I am saying the rigors in the area of obedience in my life have a purpose.  Just as a soldier, especially in the Marines have to endure to make the grade, with the intense standards of the Marine Corp.has. To some it would seem punitive. But their job is a life and death matter, yours and theirs. The requirements are higher, and it is a voluntary decision to do this, as it is with us.

I began to think about the concept, “short leash”.  I began to see that it was more than the specific parameters and guidelines of holiness, obedience and surrender in my life. His word spoke of what the inheritance would be, and I willingly and with joy and expectation, put my will on His altar, for His greater good.  I was tired of settling for ‘bread crumbs’. He wanted to give me life and more abundantly.

As I said, my initial perceptions of the “short leash”, were preparatory and cleansing. But my carefully tailored walk, was not just part of my preparation to carry His Glory, but I began to see it was also for my protection. “How so?”, you say.

When you are on a ‘short leash”, you are close to the Master.  He can reach you in an instant if you stumble and fall.  You are also walking in step with the Master, not behind and not ahead of.  You can hear Him better, when you are close, and it is easier to follow His direction, and watch what He is doing. He can hear you better. Being close to your Master gives you better focus and clarity.   When you are close to Him, it makes conversation easier and more intimate. He knows where you stand because of your choice to walk with him in this fashion. He ready to reward your obedience.  It is a sweet savor to Him, and I think it is also an act of worship.

There are many I know in a similar process being prepared for the Glory days ahead of us. God gives us all choices.  My choice was to embrace my ‘short leash’ for His Kingdom purposes, in my life, and a CLOSER walk with Him.

I want people to not see me, but only Him in all I do. This is no easy task. I have heard it said that for some people the only bible they will ever see or hear, is the Christian witness of a believer. Others are watching us. There is an awesome accountability as an ambassador for Christ.  By the way, I am still on this journey, and will be until He calls my name to come home.

I look forward to the consistent intimacy this walk has produced, as well as the favor, blessing, deeper wisdom, and greater anointing in my life.

His word says, in 1 Samuel 15:22,” And Samuel said, ‘Has the as great delight in burnt offerings and sacrifices, as in obeying the voices of the Lord?  Behold, to obey is better than sacrifice, and to listen than the fat of rams” ESV

I have more to go, but I know in my heart, that I am the closest to His plans and purposes in my life than ever before.

What is He calling you to?  No matter what the path He has chosen for you, when you find it, the grace is there to the higher places. His words say, ‘to whom much is given much is required”. For me, it’s worth the time on the, “short leash”.