Are you dead yet? 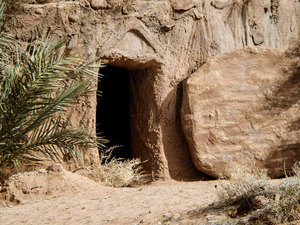 Earlier this week, during my prayer time, I heard the words” Are you dead yet?”  Than as quickly as I heard that, I was referred to the scripture; John 12:24,” Truly, truly I say to you, unless a grain of wheat falls into the earth and dies, it remains alone; but if it dies, it bears much fruit”. ESV.

I had been thinking about someone who I was counseling, that was bound and determined to, ‘do things their way”.  At each and every turn they were met with frustration, failure, and also God was exposing them at every turn.

But they just did not get it.  The Lord was prompting me to give them this message as a WORD from Him.  I then realized that this was not just a WORD for that person, it was for all of us.

Not only is a majority of the church asleep, they are lacking in vital connection to the One True Vine.  They are also not connected to the authority they carry, via Jesus Christ.  But last but not least, they are still bound and determined to do Christianity their way.

My memories took me back to a Brownsville Revival Pastors conference I attended in the late 90’s. It was titled, Catch the Fire’.  After one of the sessions there was an altar call to die.  We all went up, not realizing what this would fully entail, spiritually speaking, that is. It was amazing the testimonies of ‘dying” that came forth from those that went, and some still are, in process of “dying’. Myself included.

Do we not also sing worship songs, like “Refiners Fire, my hearts one desire, is to be Holy, set apart for You Lord.”  We at the time not cognizant of what it would take, to actually get there?!  We leave the church forgetting what we have sung!  But alas God heard and has not forgotten. He is now ‘calling in the “note” of our promises, prayers, and songs, to Him.

Many right now are fighting betrayal, persecution, loss, and much more. These that have gone up for these altar calls, sung these songs in past, made secret promises in private prayers are scratching their heads wondering, “God what have I done wrong, why is everything so out of order in my life? Everything I am touching seems to be turning brown”!

I remember in 1993 I had an amazing turn in my journey with the Lord. After some significant t failures and deaths, I got on my knees one day and told the Lord I was done doing things my way, and I wanted ONLY what was His will and plan for me.  I began a walk of radical obedience, submitting ALL to Him before I took a step.

Many laughed and scoffed at me, told me I had a God given intelligence, and I did not need to do this.  I told them back that yes indeed He blessed me with an intelligence and a sound mind, but I was handing it back to Him. He knew what was best for me.  He was the Creator, I had recognized Him as such openly and unabashedly.

He has honored me with provision, favor protection in life’s storms in amazing ways. I am no longer afraid of my death!   He has increased His voice (the prophetic and anointing in my life in a way that has been amazing. I have enjoyed and amazing supernatural walk with Him, and it’s not over yet. My dying to self-brought me amazing life!

Is it fate, coincidence, the devil, or just life in our dying experiences.? Remember all thing will work for good. No brethren it is God, who never sleeps, nor forgets.  He is preparing us for eternity to be in front of a Holy God “without spot or wrinkle”.  He is using everything that comes into our lives, as opportunities for us to step up and make corrections, and with His grace, and be overcomers.  He is attempting to use what is before us to make course corrections, that hopefully will steer and press us closer to Him!

For myself, I am still being pruned. Even some relationships have been pruned from me. In which case He keeps giving me the scripture:

Matthew 19:29, “And everyone who has left houses or brothers or sisters or father or mother or wife or children or fields for my name sake will receive a hundred times as much and will inherit eternal life”. NIV Ouch a real death experience for me!

Throughout the bible there are many references to broken (ness).

These are just some. However, every single time there was brokenness something fruitful and miraculous occurred.

What I feel the LORD is wanting to impart to us, is to EMBRACE and not Despise the process.  He Himself did unto death.  But for the glory set before Him, he endured the cross. The result was Resurrection power and Glory.

Are we getting it yet?  He is attempting to adjust our perspective from ‘wining to winning”.  As we traverse ‘the Fellowship of the Intimacy of the Sufferings of Jesus Christ in our own personal lives, in to SONSHIP. The next step is the Glory He is setting before us. “Is the servant greater than the Master? “.  NO!

I believe He is wanting to see in us, ‘where the rubber hits the road” in our personal Christian journeys.

Many are lost in the day to day survival mode of living.  He is calling us up to another level, of obedience and submission, and sanctification.  Time is short, He loves us to much to leave us the way we are. He is cranking up the fires or purification, because He loves us.

Many are in transition right now, and things in our lives are being seemingly turned upside down.  Embrace the process! He is making course corrections, not just with open doors, but with closed doors.  He is doing this for our greater good.  Let us have eyes to see, and flow with Him in this, and we WILL see the oil of His anointing flow out of us, and spill unto many!

The last time I was at the Healing Rooms to minister, there is always person that prays and anoints the team before we minister. This time the minister not only had oil to place on us, but he said a remarkable thing to each person.  What he told us what to ‘hold the oil (the actual bottle of oil). Then he said, it’s important to, ‘hold unto the oil’.  I don’t know if he realized how important that phrase was.  Once we get it, the anointing (in this case being represented by an actual full bottle of oil) that, we need to do everything to protect it, and hold unto it.

Once we are broken, and dead to self, our agendas, and self-will He will come rebuild, reinforce and empower and launch us into His Glory, for His Name Sake!

Question; Are you willing to die? And “Are you dead yet? “Says the LORD!