THE JOSEPHS ARE COMING!!! 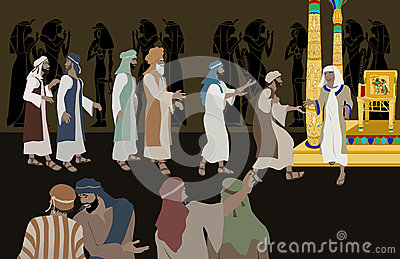 The LORD has been burning this on my heart for several days.  He gave me a picture of many people who have been in different types of prisons; financial, relational, occupational, emotional, physical, and the like.

These have been years and years in their prisons, and one would think this would be their normal state of being, for the rest of their lives.

These are people have been misunderstood, ignored, judged, falsely accused, and ridiculed. These prisoners have also been told their lives would never amount to anything. Many have lost heart. They have no real age, or wisdom at this point in time, just regular, ‘Joe’s’.  God has heard their cries!

Some have been placed in their prisons by others, just like Joseph in in the bible. Some have placed themselves there with bad choices.

Yet throughout all of this the dreams and visions that were impregnated with in them, by GOD have been brewing and simmering, and the fires of those dreams still not completely extinguished, but for a miniscule flame. Take heart GOD Himself is fanning the flame, soon to be a roaring fire!

These have been found to have great full and worshipping hearts, despite the gloom of their prisons. They have even found personal light, sitting in the darkness, and inner warmness, in cold of their prisons.  Their worship has been a sweet savor to the Almighty, that sweetened the stench of their prisons, and has found its way to their Father in Heaven’s nostrils.  The tears of these have washed the Fathers feet. Some are bordering on depression, and hopelessness. But the mighty God of Abraham has been sustaining them all along, and their ministry schooling has actually been their personal prison!

Then I saw jet boosters being attached to their lives.

Then I saw in an instant, SUDDENLY, these were being launched into end time destinies, that will take the breath away from their captors and mockers!   In one day, this will happen, ‘says the LORD GOD of Hosts”.

T minus 10 and counting, get ready, and know that you have been prepared in these prisons, and that the anointing and empowerment you need to minister will be available to you in an instant.  All these years have not been for naught!  Many will be ‘light houses’ God and the Glory of the LORD will be upon you!  “Arise and Shine for your light has come” Isaiah 60:1

If this is you, get ready set, and expect a promotion, soon!