TAKE ME OUT TO THE BALLGAME, IT'S TIME TO STEP UP TO THE PLATE 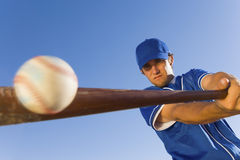 A few weeks ago I was invited to a baseball game, the Rochester Red Wings, at Frontier Stadium, Rochester, NY.   I had not really seen a game in a long while, the first live game I went to in California, was quite boring.

My dad was an avid Yankee fan, and as a child, I spent many hours watching baseball with him on TV.

This recent live game was an amazingly awesome experience!  As I was watching the game the LORD spoke to me again, a phrase He had me share with someone a few years ago.

This person (a loved one of mine) was wanting 5050 custody of his children.  But because he his fear had kept him from taking the step, and nine years had passed. Now at least three lawyers had told him, he did not have a prayer in this endeavor.  I kept hearing the LORD tell me to tell him, “Step up to the plate, and God will hit it out of the park”.  You see he was waiting for God to do a ‘poof ‘job!  Meanwhile God was waiting for him to take the first step and trust Him. Stalemate, nothing happened.

Back to the Red Wings game.  I heard the Lord tell me to watch closely and to see the spiritual significances in this game:

I am sure there are more parallels, but this is what I   feel are the highlights of what He wanted me to convey.

The Lord is saying there are many of My people held back from these greater things than these that I did, for them to do, from fear, doubt, unbelief.  I am calling them to ‘Step up to the plate, and ‘I’ will hit it out of the park! Don’t focus on your storms and impossibilities, but focus your gaze on me.  Many of you are finding that the old ways are not working because I am guiding with closed doors, not just open ones.  Embrace the new.  To some I say, ‘take off the boxing cloves’. I will fight the battles for you. Worship and praise me! Stand still and see the salvation of the LORD. I will be that cloud by day and that pillar by night. Fear not. Step up and watch and see me move.