GOD WANTS TO USE US AS SPIRITUAL FIRECRACKERS 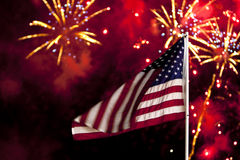 I was talking to someone this am, and all of a sudden I heard the LORD say, “I am anointing my people to be SPIRITUAL FIRECRACKERS”.

I felt this was not just an anointing, but also a mantle He is placing on His forerunners.  Firecrackers are not just loud, they are beautiful; people are drawn to them and they bring light to the darkness.

He is doing this for His elect that will when HE says “jump”, they say, ‘How High’!  These are forerunners that will Magnify and proclaim His name. They are bold, humble, and walk in radical obedience and Holiness.

Firecrackers are also launched simultaneously, and in specific timing, and unity! Every one of His firecrackers, walks in unity with Him and each other.  Each different firecracker, is unique unto itself, but the synergy of this combination brings beautiful color and majestic displays, and great power. It is no longer time of the lone wolf, but linking arms for His GLORY!  Matthew 5:14, says, “You are the light of the world. A town built on a hill cannot be hidden”.

God is ramping it up, and setting these spiritual firecrackers in the sky, to be seen for miles around.

I heard the Lord also say, “Get ready this 4th of July is a time set in the Heavenlies to mark a transition and passage for the release, of these, My Spiritual Firecrackers”.  I also heard Him say that,” unlike firecrackers in the natural, Mine will never be extinguished. And as their power and beauty are released, they will glow brighter, make louder noise and make an explosion that is unlike anything ever seen before’!

Ready, Set, BOOM! Watch for these signs for, ‘whoever believes in me will do the works that I have been doing. And they will do even greater things than these, because I am going to the Father.” John 14:12.

It’s time!!!!! Happy 4th of July! Watch for these signs in the sky that mark this season, this year, for such a time as this, we have been called!