SOMETHING TO THINK ABOUT! 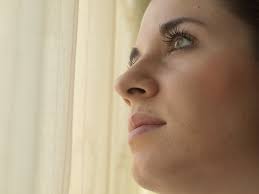 I attended a ministry meeting last night. At the end of the meeting one of the leaders was talking about people we needed to pray for as a team. He went on to remind us specifically that the LORD commands we pray for our leaders.

God gives this command in 1 Timothy 2:1-3…  “Therefore I exhort first of all that supplications, prayers , intercessions, and giving thanks be made for all men,  for kings and all who are in authority, that we may lead a quiet and peaceable like in all godliness perseverance.  For this is good and acceptable in the sight of God our Savior." NKJV

If you notice, the command is given to ALL who are in authority over us. There are no qualifiers as to their merits for our prayer, i.e. whether they are good or bad leaders, or ones we like or not.

He went on to say that one day we will have to give account to God as to whether we did as He required. There was further discussion about what happens when we do not pray. An example was given with regard to President Kennedy specifically. It was told that there were seven intercessors dedicated to pray for him, and warned him, not to go to Dallas. He ignored it, and we all know what happened, he met with an untimely death.

Let’s further expand on this train of thought, I wonder what other cataclysmic events could have been avoided if there was more prayer for leaders, good or bad? Don’t the scriptures also say we are not in position to judge others, lest we me judged? I am glad that whoever prayed for me to come into the Kingdom did not chalk me up to be a lost cause!

Could Auschwitz have been avoided? How about 9/11, or Martin Luther King's murder? What about our current administration? It is clear there is much criticism of it and the man/ men leading it? Are there prayer efforts going up to match the level of critiques?

I believe that the saving of our nation rests squarely on us, the Body of Christ. The two above mentioned scriptures demonstrate that. I also believe there are intercessors that are praying. However the command to intercede is not just given specifically to those that have the intercessor mantel, but to ALL of us, that call ourselves His.

Can you imagine what would or could happen if we prayed like Daniel did?!

As a member of Face book, I can remember bringing this up to a Facebook friend, along with the 2 Chronicles 7:14 verse. I was instantly rebuked that I was suggesting to pray for our president, and that their opinion was that he was evil, and we do not pray for evil men. Right after that I was unfriended, not before being called a Communist. The person I was talking to was an ordained minister! Oh Lord please forgive them they know not what they do!

Did not Jesus come for the lost? Even more so for our leaders in government, if they are not Believers, to pray they find Jesus for their sake as well as those they lead?!

I must admit I was I was caught up short, and reminded that we will all have to give account for the state of our nation, good or bad. I asked His forgiveness, for my not being as diligent and consistent as I could have in this area of prayer.

We cannot blame the current chaotic national events or the upcoming elections, politicians, executive orders or whatever!! We must, take personal inventory of where we are in this whole process. If we are not being diligent to pray for our leaders, all of them, and if we do not stay our tongues, we need to instantly repent, and change turn for our wicked ways! I believe as we do this as a daily practice, it is not too late, and we can be used to save our nation.

I will close with this scripture, 30” I looked for someone among them who would build up the wall and stand before me in the gap on behalf of the land so I would not have to destroy it, but I found none". Ezekiel 22:30.

Let us be part of the fix, not part of the problem. This is something to seriously consider.